You are here: Home / featured / A WWII Christmas: Teaching about Christmas Past to Reduce Christmas “Presents” + Free Printables! {Part Four}

Teaching about Christmas Past to Reduce Christmas “Presents” + Free Printables!

A quick note from Jamerrill – my friend, Tricia Goyer, who also happens to be a best-selling author and long-time homeschooling and adoptive mom, is doing a special 4-part Christmas series on FreeHomeschoolDeals.com! Tricia is sharing her WWII knowledge, free lessons, resources, printables, recipes, and much more. WWII is a hot topic and favorite historical time period for my family. We’re really looking forward for a new lesson each day from Tricia.

A WWII Christmas: Food Rationing and Recipes in World War II {Part One}

A WWII Christmas: A Lesson on Vmail (with Free Writing Prompts!) {Part Three}

Teaching about Christmas Past to Reduce Christmas “Presents”

For a child, one of the best parts of Christmas is the gifts under the tree. But for a mom, one of the worst parts is the “gimmes.” Between commercials, store displays, and visits with friends, even the most sweet-natured child can drive you batty pleading for more, more, more.

There are many ways to combat the gimmes, such as placing a limit on the number of gifts and involving your child in charitable giving. One method is to give kids historical perspective. As a girl, reading how Laura and Mary Ingalls in Little House on the Prairie each received a single piece of candy, a little heart-shaped cake, a new tin cup, and a shiny penny—and were happy!—humbled me and reduced my wish list.

Where Treetops Glisten is set during World War II, when Christmas was simpler and gift-giving was hampered by shortages. In my novella, six-year-old Linnie Kessler wants a doll carriage for Christmas, but there aren’t any for sale. Teaching your children about Christmas in World War II can give them the perspective to appreciate what they have.

Here are some facts about Christmas in World War II in America (1941-45), plus a printable to use with your children, which includes actual toy ads from the Lafayette, Indiana Journal & Courier in December 1943.

If you were an American child during World War II, your Christmas gifts looked a little different.

Before the war, most toys were made from metal, rubber, or wood. But the war created shortages of metal and rubber, and factories stopped making toys so they could make weapons and supplies for the military.

Sarah Sundin is the author of six historical novels, including In Perfect Time (Revell, August 2014) plus a novella in Where Treetops Glisten (WaterBrook, September 2014). Her novel On Distant Shores was a double finalist for the 2014 Golden Scroll Awards. Sarah lives in northern California with her husband and three children, works on-call as a hospital pharmacist, and teaches Sunday school and women’s Bible studies.

You can find her at sarahsundin.com

About Where Treetops Glisten

The crunch of newly fallen snow, the weight of wartime.

Siblings forging new paths and finding love in three stories, filled with the wonder of Christmas.

In Cara Putman’s White Christmas, Abigail Turner is holding down the Home Front as a college student and a part-time employee at a one-of-a-kind candy shop. Loss of a beau to the war has Abigail skittish about romantic entanglements—until a hard-working young man with a serious problem needs her help.

Abigail’s brother Pete is a fighter pilot hero returned from the European Theater in Sarah Sundin’s I’ll Be Home for Christmas, trying to recapture the hope and peace his time at war has eroded. But when he encounters a precocious little girl in need of Pete’s friendship, can he convince her widowed mother that he’s no longer the bully she once knew?

In Tricia Goyer’s Have Yourself a Merry Little Christmas, Meredith Turner, “Merry” to those who know her best, is using her skills as a combat nurse on the frontline in the Netherlands. Halfway around the world from home, Merry never expects to face her deepest betrayal head on, but that’s precisely what God has in mind to redeem her broken heart.

The Turner family believes in God’s providence during such a tumultuous time. Can they absorb the miracle of Christ’s birth and His plan for a future?

Do you need more homeschool encouragement, help, and ideas? Click here for a TON of Homeschool Inspiration! 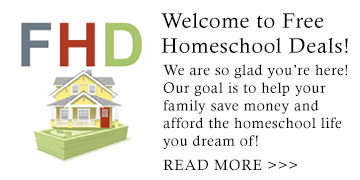 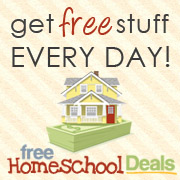